Believing Is Seeing – How Our Brains Magically Deceive Us 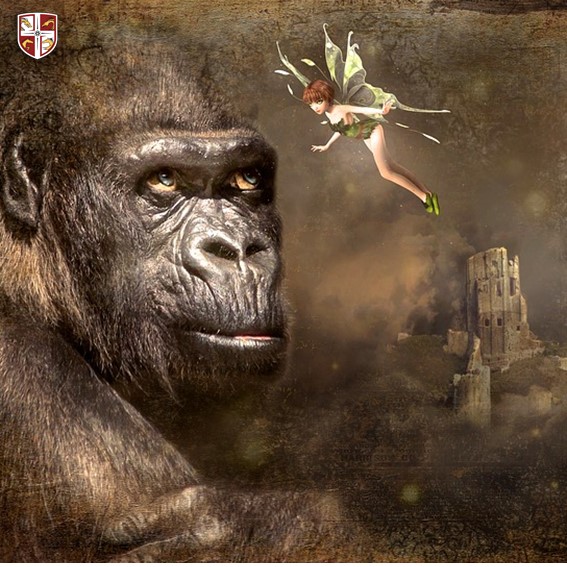 In the 1950s, Nobel prize winning physicist Richard Feynman underwent a magical experience. A chance encounter with a Dr John Lilly lead to a brief phase of experimentation with isolation tanks and hallucinations. The isolation tanks in question, in which the individual experiences almost total sensory deprivation, were pioneered by Lilly in an attempt to study the nature of consciousness. Feynman’s accounts of lying in darkness and silence, floating in salt water for hours on end in a tank are at the same time eerie and enchanting.
In the isolation tank, Feynman describes hallucinations where he observes himself from outside his body. The strange quality of these out of body experiences was augmented by the link between magic and reality, as Feynman was able to watch himself move his fingers from the perspective of being underneath himself with “their movement exactly consistent with the motion that I was imagining I was seeing”.
In many ways, magic relies on the science of the brain. Tricks performed by conjurers take advantage of the ease with which our brains deceive us, and forms of stage magic such as pick pocketing involve a conjurer distracting an audience with tricks and patter whilst removing watches, jewelry and scarves without them being aware. This is a technique that has been studied by American psychologists Christopher Chabris and Daniel Simmons in their selective attention experiments. In “The Invisible Gorilla Test”, a short video asks the participant to count the number of basketball passes made by three players wearing white, whilst a total of six players move chaotically across the screen. Such is the attention required to count the passes, that about half the participants miss an “obvious” man in a gorilla suit ambling through the centre of the game.
Perception, and how we understand the world around us is also manipulated in stage magic and optical illusions. How our eyes see the world is not often representative of the truth.
As far back as Aristotle the peculiarities of perception were noted, as he remarked that when shifting your gaze from looking at a flowing waterfall to the surrounding rocks, it appears to be the rocks that are moving upwards, although you know they are stationary. It is thought that may illusions are a result of our brain predicting the future, as it tries to compensate for the slight time delay in the light from an event reaching our eyes. As Feynman acknowledged in his experiences in the isolation tank, all his hallucinations were the result of his mind “playing games” with itself and it is all too easy to see only what we believe we should see, before it has actually happened.
Are magic and reality mutually exclusive? Is magic no more than a clever trick played on us by our brain? Although this may seem a dissatisfying explanation for the wondrous illusions we see, the cleverness of the mind in creating these delusions for us shouldn’t be taken lightly. How the brain performs these miracles of deceit is a hot topic in science and still only vaguely understood, and it is well quoted that the brain, an organ close to home, is less explored than the vast mysteries of space. It seems that the true magic can be seen in the absurdness of the human mind and, as was said by Roald Dahl: “Those who don’t believe in magic will never find it”.