Harnessing the Magic of Life 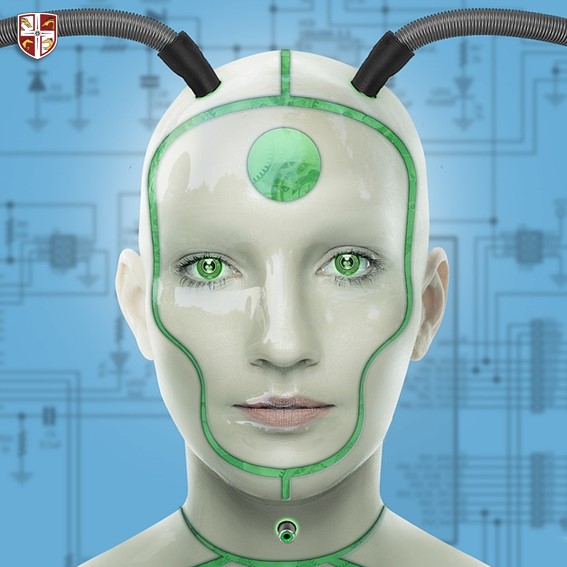 Through the ages, humanity has pondered on the origins of life. The myths of creation were the earliest attempts to explain where life comes. However, humans were not satisfied with the idea that only deities were capable of granting the gift of life. The legends and myths about magical objects able to give its owners the gift of life spread far and wide amongst many civilisations – from Greek “ambrosia” to Indian “Amrita”, and from Sumerian “flower of life” to Chinese “peaches of immortality”. As well-known are the legends of the heroes, who ventured to retrieve them. For example, in Slavic folk tales, heroes look for the waters of life and death that could revive or kill if a person drinks them. These folklore superstitions merged with Orthodox Christianity and turned into a yearly tradition of blessing of water on Epiphany. A common belief among Christians is that this holy water has the power to cure any illness. The search for the “elixir of life” continued in the Middle Ages as alchemists were searching for the “philosopher’s stone”, which was believed to grant immortality. In their primitive laboratories, these wizards discovered many chemical reactions while looking for the solution to the conundrum of life.
Even more perplexing was figuring out where “life” was contained in the body. It was long believed that the vital fluid – a non-physical element that the blood spreads through the body – was the source of life. An Ancient Greek physician and philosopher Galen postulated that the lungs drew this vital spark, then referred to as “pneuma”, from the air. In a search for the spark of life, an Italian scientist Galvani discovered the importance of electricity in animal physiology, although he did think that electricity was the spark of life. His experiments on cadavers influenced the first science fiction novel by Mary Shelley about the infamous Dr Frankenstein’s monster. Unfortunately (for those who believed in these theories), both vitalism and galvanism were off track. One of the first people who correctly suggested what the molecule of life might look like was a world-renowned physicist, Erwin Schrödinger. In “The Physics of Life”, he suggested that genetic information is encoded in the configuration of covalent chemical bonds of an “aperiodic crystal”. This idea influenced the discovery of the double helix structure of DNA by Watson and Crick at the University of Cambridge with contribution from Franklin at King’s College London. Thus, DNA was
discovered, the common denominator to all life forms on Earth (bar the contentiously nonalive viruses, which only use RNA).

The discovery of the “molecule of life” hailed a new era, in which humans no longer sought magical objects to give them eternal life but rather relied on their knowledge and ingenuity to create life from scratch. A prominent physiologist, almost Nobel Prize winner, Jacques Loeb, confided in a news reporter that he “wanted to take life in [his] hands and play with it”. It turned out more challenging than initially thought. Nonetheless, challenging did not mean unsuccessful. In 2010, J Craig Venter announced that his group had created the first synthetic organism – the smallest bacterium known, Mycoplasma mycoides, which was called Synthia. However, not everyone in the scientific community acknowledged it. The organism was not exactly made from scratch but rather with the help of 4 other microorganisms. Original fragmented DNA was taken from Mycoplasma mycoides and then assembled by yeast Saccharomyces cerevisiae and another bacterial species Escherichia coli. Finally, the “genetic software” was uploaded into Mycoplasma capricolum, which had been initially stripped of all genetic information. Many argued that “copying and pasting” of DNA does not count as “creating artificial life”. The jury is out on whether Venter did succeed in creating artificial life, but it depends on how to define the act of creation. Venter did not
make something that hasn’t existed before. In this sense, the only success in creating artificial life so far are semi-synthetic bacteria “created” by a research group from the Scripps Institute led by Floyd Romesberg. Their genetic material contains new building blocks – 2 extra genetic bases – in addition to the existing A, T, G and C. This is the first affirmative step to re-writing the language of DNA and harnessing the magic of life. Introducing only 2 new letters – X and Y – generates 152 additional amino acids on top of existing 20 natural amino acids. This incredible diversity gives scientists almost infinite scope for designing new proteins with new functions, which could not have been created even by the forces of nature. One of the potential applications of these semi-synthetic bacteria is generating protein-based pharmaceuticals. The protein-based drugs have revolutionised medicine, but they are not without flaws. Their main disadvantage against small-molecule drugs is limited diversity because natural cells can only make proteins that contain natural amino acids. In contrast, small-molecule drugs are synthesised from scratch using medicinal chemistry. With the right sequence of reactions, they can look and function like anything that the scientist has envisioned. Introducing unnatural base pairs would solve this problem and achieve an astounding structural and functional variety of protein therapeutics.

The ability of science to generate life has caused anxiety as much excitement. The most prominent issue raised is that creating artificial life is equated with “playing God” and not only from a religious perspective. Introducing large numbers of an entirely new form of life into an existing ecosystem may lead to unpredictable consequences. This, however, is not a valid reason to stop any developments on this front but instead calls for close collaboration
between the academia and ethics regulatory committees sooner rather than later. The newly created semi-synthetic organisms do not pose any threat to the ecosystem and here is why. The catch for the semi-synthetic bacteria is that they cannot survive without chemical precursors of X and Y supplied and these molecules are completely different to anything that exists in nature. In nature, these bacteria can only survive briefly to do whatever their creators designed them to do. This technology turns out to be the gateway to safer biotechnological practices.
What is the next step? At the moment, the organism created is semi-synthetic because scientists added on top of already existing building blocks of life. Would it be interesting to see if DNA could sustain itself without the original bases? Would replacing A and T with the artificial bases produce a viable organism? Making any predictions for the future is difficult as synthetic biology is only now emerging in its full glory. More closed-minded individuals deem synthetic biology as “playing God”, but as much as ambitious scientists claim to have harnessed the power of creation of life, unfortunately, the reality is still far from it. Maybe in the future, artificial life could be 3D printed – imagine your kid 3D printing a fluorescent hamster – or artificial organisms, including humans, could be mass produced in “life factories”. The magic of science is truly in how far human abilities have stretched – the quest of the 21st century is not to seek the “elixir of life” but rather to invent it.