Unpacking the Magic of Law 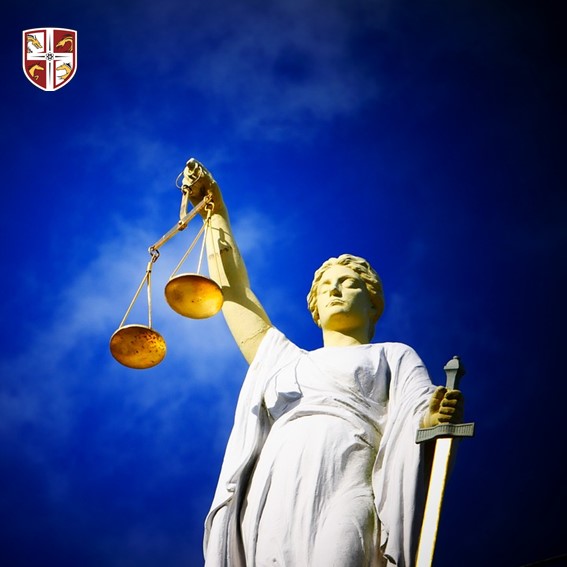 It is difficult to fathom how law can be appreciated through any understanding of magic, and that should come as no surprise! Magic today is seen largely through the lens of entertainment – a performance of gimmicks, trickery, and illusions. How then can this deceptive art-form have anything to do with a system of legal rules and principles, which ostensibly, protect against deceptive practices to begin with?

Yet, even if such notions of magic may very well have little to do with law, that is not to say magic in its entirety is necessarily divorced from it. What is needed is a deeper, more holistic appreciation of magic in the abstract, one that goes beyond the modern dimensions of “entertainment”. Only then can certain qualities of law be revealing of – and potentially attributable to – concepts we can only comprehend as magic.

How then do we arrive at an “abstract” understanding of magic that is neither nebulous nor incomprehensible? To that end, it might be helpful to look at what modern, performative magic purports to do in the first place. Crucially, the essence of performing magic is to render the impossible possible, through a variety of esoteric gestures, mannerisms, and incantations.

Evidently, modern magic continues to appeal to the idea of harnessing some external, metaphysical force – even if it is just for show and entertainment. If such is our understanding of magic – a somewhat palpable relationship with mysticism and “higher-powers”, then magic is not particularly unfamiliar!

Many famous works of fiction have employed the idea of magic as a “power” – think Harry Potter and Narnia. These are the works that we will turn to first to unpack the (possible) relationships between magic and law.

The laws of magic in fiction

Different writers have imagined magic working in various ways, but the best magic always has rules, opines Emily Croy Barker. Barker highlights the final showdown between Harry Potter and Voldemort, which saw the Elder Wand catapulting to the former’s hand at the last minute. For her, this duel boils down to what is “essentially a question of title: who is the rightful owner of the Elder Wand?” Ownership of the Elder Wand is dictated by how magic operates in the Potter-verse. As we come to discover, the rules of Potter-verse magic stipulate that ownership is transferred to the person who had most recently disarmed the last master of the wand.

Even in fiction, magic is not omnipotent. Magic is but a power governed and constrained by a set of rules that regulate its exercise. And even if our reality does not quite accommodate the existence of magic (in the aforementioned sense), it certainly recognises the existence of power – and definitely, the rules (law) that underscore it. Law is what delineates the powers leaders may wield over its people. Law separates powers that are constitutionally conferred to different government bodies. Law informs us of what powers (rights, actions, claims) we have, as private individuals, against other parties. Law reminds us what powers we possess or lack against the State, when faced with persecution.

In other words, magic and law combined invites us to better appreciate how rules work, and more specifically, consider how they work in relation to power in society. If that be the case, it would be remiss of us to concede law and magic as distinctly unrelated disciplines. Arguably, much more can be explored through an inter-mingling of these fields.

Fiction to reality: magic and adjudication

We might be quick to criticise what has been said above. After all, if magic is to be considered something otherworldly and confined to the realm of fiction, how can it properly relate to law, which is ultimately tethered by reality? Importantly, it is not only in fiction do we see magic conceived of as a manifestation of “supernatural power”. Anthropologists have long studied the workings of rites, rituals, shamanism, and other ancient practices characterised by magic – typically within indigenous communities.

Anthropological study of magic marries modern systems of law in A Theory of Adjudication by Jessie Allen. She discusses various ways in which magic (in the ritualistic sense) and law (in adjudication) hold practical similarities – two of which stand out.

The first is what she describes as “enacting performances” to “transform reality”. This is easy to identify in magic, which is inherently characterised by the expressive and dramatic ritualistic casting of spells. But Allen observes that even in adjudication, we see similar notions of a magical/ritualistic “performance” permeating law. She observes that a person’s “criminal act, arrest or full confession alone” does not automatically criminalise him. Instead, what transforms his legal position is the “ceremony” of a “conviction that can only take place through a live, real-time enactment”. In short, it is the “courtroom performance” (or trial) that is key. As Allen puts it, “without ritual, there could be no adjudication”.

The second is what she coins “performativity” or “performative force”. To illustrate this, she recounts an anecdote about a trial judge who encountered a stubborn lawyer in his court.

The judge was repeatedly unable to cease a lawyer’s line of questioning during cross-examination, and could only do so after he remarked, “you’re in contempt, you know.” When court adjourned, the court reporter approached the judge to clarify if he had held the lawyer in contempt, to which the judge replied casually that he had not. Many years later over lunch, the judge and other attorneys who had tried the case reminisced about this trial. The judge was flummoxed to find that the attorneys had all thought he had indeed held “lawyer X” in contempt, but had it subsequently taken out of record.

This dissonance, as Allen explains, arises because the judge had only meant his statement in the “denotative” sense. All he had intended to convey was the belief that lawyer X’s recalcitrance could have amounted to contempt. The attorneys, however, saw it as a “performative utterance”. To them, the judge had (through his words) “invoked official power” to hold lawyer X in contempt. But to their surprise, the judges’ “magic words” (which would have brought dire consequences) were curiously struck off from the official record.

What she emphasises is how words employed in both magic and law, owing to their effectuating nature, can carry greater weight. Magic spells and judicial opinions are not merely expressive as they do not just “describe or predict change”. Instead, they “conduce” the intended change, and as Allen explains, “no physical or technical activity is needed (thereafter); the words do the work”. In magic and law, words alone carry significant consequences.

The magic of law is not only contained in the courtroom, but bleeds into wider society as well. In The Relationship Between Law and Magic, Mateusz Pekala and Mateusz Stepier summarise how anthropologists appreciate both law and magic as means of social ordering, studying how its respective features contribute to enhancing “social cooperation or conflict”. A few noteworthy points of similarity should be noted – in particular, what the authors describe as “functional” paradigms.

Functionally, both law and magic can carry an “epistemological” role in reducing subjective uncertainty. Through a codex of rules, law promulgates an effective infrastructure within society that protects “legally justified human expectations” – it gives individual certainty to citizens and how to go about their lives properly. Magic is imbued with a similar function; it reduces uncertainty by helping to explain inexplicable events. Thus, issues of knowledge and certainty animate both considerations of law and magic. Beyond that, law and magic function similarly in promoting “social integration”. Law sets out a ubiquitous skeleton of rules while magic unites a “deeply socialised system of beliefs”, both creating a “common framework for social actions”. Consequently, it is through such frameworks that a common identity is forged.

There remains, however, substantive differences too. The authors address the issue of “directness”, for instance. Law is far more direct in its influence over social order, by prescribing detailed rights and obligations in specific situations. However, magic remains more indirect, delineating general parameters through “normative sources such as taboos, mythology, tradition or rituals.” Another difference concerns the “innovativeness” of law and magic’s functions. While law is an “agent of innovation” and is constantly reshaped in accordance with the values of the day, magic is largely unwavering and handed down from generation to generation without modification.

This piece cannot wholly encapsulate the wealth of material that has been poured into the comparative study of magic and law. But what it can do, is offer a glimpse as to what that might offer. So much can be learnt when these topics begin to intertwine. It would certainly be a shame if we did not let that happen.

Pekala, M., Stepieri, M., 2012. The Relationship Between Law and Magic: Preliminary Remarks. Towards an Anthropology of the Legal Field: Critiques and Case Studies (T. Ledvinka, ed., Prague, 2012), at 24-34.